Hello! It's been a few years without any updates but I'm still keen on finishing this project one day!

The forum ended up being a haven for bots/spammers so I removed it and setup this blog style website for the server updates.

I've still got lots of ideas for XPS but it's having the time to put them into practice.

Hardly any changes, but I've pushed this release as I've upgraded both the standard and dev server to SA:MP version 0.3.DL

Not sure what's happened, but nothing's been writing to the database since January. I've restored a backup from December and existing accounts now work as they should and new accounts are able to be created again.

I think this is something I need to look into further as some accounts have no statistics saved to them.

Recent Updates
Crash issue at Doherty Garage/Wang Cars resolved.
Fixed /vel not enabling velocity boost when a value is entered first.
Added shortened and alternative commands (/giveweapon to /giveweap or /weap, /givecash to /cash, /tp to /goto etc)
Added some code on OnVehicleSpawn to remove & re-add the 3Dtext for Vehicle Ownership. (Prevent bug of floating text when vehicle despawns?)
Fixed 3Dtext for Vehicle Ownership not re-adding when a player disconnects.
Did some tweaking to Vehicle Objects, now they are linked to vehicleid rather than playerid.
Arrays now clear when the Vehicle Objects remove. (May need further testing?)
Added /vremove + /vrespawn as Owner commands. (Testing purposes only)
Fixed playerobject placement on Sandking which I tweaked by accident on the previous update.
Increased time between PayDay's from 5 minutes to 10 minutes.
Give weapon command now uses names as well as weapon id's. (/giveweap ak47 100)
Certain staff commands now function on normal players when they try to use them. (/kill /eject /kick etc)
Made certain staff commands work without playerid params if staff want to use the commands on themselves. (/time /weather etc)
Started making popular staff commands use PlayerName as well as playerid. (/slap [XPS]Shrill will work the same as /slap 0)
Spotted a mistake with property ownership re-writing one of the previously owned properties due to an array error, this is now fixed.
Fixed /staff so it shows the correct role per staff member.
Added LastLogOut to the Database so we can keep an eye on player inactivity.
Made players able to keep weapons on teleport. (We'll experiment to see how this goes in regards to unnecessary player killings)
Made select data save straight to the database when changed to keep running backups up to date.
Possibly fixed countdown dropping to minus figures on a race start. (Needs further testing)

Under further investigation of the Doherty Garage & Wang Cars area trying to figure out why users were crashing, I found out I had in fact made an error whilst merging the database and the cars in that area were trying to load incorrect component id's.

This has now been fixed and applied to both the live & dev servers.

Huge update for the server. More content and plenty of bug fixes.

Recent Updates
Server Logs, Profiles & Databases now backup every two hours.
Player health resets to 100 on player spawn due to intro explosion bug.
IVO modded vehicle objects now stay when a player exits their car, however they will still remove on playerdeath/vehicledeath/playerdisconnect.
Debugging seems to work, found gettime() being called about 815 million times on a server restart so that's been fixed with a new piece of code.
Added Cash Drops! Cash pickups spawn at random locations and players have to find them.
Fixed /skyport teleport and map bug.
Added Drift Scores, Kill Streaks & Cash Drops to /stats.
Added 3Dtext to vehicles loaded by the vehicle ownership system.
Added driveable trains to the three major train stations.
Also added /freight, /tram1, /tram2 and /tram3 to the tram line in SF.
Added /airbreak for moderators and above. (Bit laggy, still WIP)
Added /vel which gives a custom velocity boost when pressing ctrl. (Usage /vel 1.0, /vel 2.0) etc.
Added vehicle model names to the database, this now shows on the 3Dtext.
Created foundations for Property Ownership! You will be able to buy and sell properties ranging from houses, hotels & businesses.
Added 3Dtext for properties showing price and who they are owned by.
Made Payday dynamic, it now is $500 x your score every five minutes.
Added earnings to hotels & businesses. These get paid at the same time as Payday.
Added various commands to edit vehicles & properties for administrators and above. (Check /vhelp & /phelp)
Added random time & weather changes every ten minutes.
Added more commands for players to set time & weather.
Added more commands for staff such as /setworld, /setallworld, /setinterior, /setallinterior.
Added /me for players. (Action chat)
Added /flash for VIP's so they can flash their player marker.
As a bonus to /flash, the vehicle they drive also flashes different colors.
Fixed a few things staying activated (ie boost, speed bonus) for players when they join with the same playerid as the previous player.
Current race leaderboards merged into server database.
About 300 houses and businesses added to the database. (These'll need sorting correctly over time)
Added /setgravity and /setallgravity. (/setgravity sets a players gravity but is uses timers and is very experimental)
Added more car pickup + delivery locations for export missions.
Added more cash drop locations.
Fixed major bug where I forgot to clear arrays for new players joining and they ended up getting the same stats as the previous player.

Not as feature full as I was hoping but this needed to be released so I could continue development.

Recent Updates
Added Deathmatch maps from old XPS! (/deathmatches or /dms)
Added random weapon loadouts for deathmatches.
Textdraw edits. (Again.)
Made /savepos available for anyone to use. (Helps us get co-ordinates for locations.)
Fixed weapon loadouts repeating each time you re-typed the deathmatch teleport.
Added Kill/Death ratio to statistics.
Starting to implement maps using new worlds. (First example is /aa)
Fixed /countdown using isplayerinrangeofpoint, now only shows for people close to the player who started it.
Fixed bug where certain ranges of vehicleids showed as owned even though they weren't.
Converted all loops to use foreach.
Fixed a previously overlooked bug with vehicle/zone textdraws running too many repeated instances in the background.
Added /vautopark to save vehicles where players left them without having to use /vpark all the time.
Added /autospawn to save players skin and last location when they disconnect. When they rejoin they'll automatically spawn where they left.
Also added the saving of player colors if /autospawn is used.
Changed the default player colors again, now from grey back to random colors.
Added /randomcolor so players can change their color randomly.
Merged scripts together for less remote functions being called and tidier/more optimised code.
Added plugins for debugging.

This is more of a bug fixing and code optimisation update rather than content, however it's still progress towards version 6.0.

Recent Updates
Fixed an infinite loop caused by stoprace and endrace.
Fixed a bug that happens when the random race timer starts a race that you're already in and it kicks you out.
Added gametext to show the 30 second race timer before starting a race.
Increased vehicle respawn rate from 1 minute to 10 minutes.
Fixed a bug when spawning a new vehicle it replaced the export vehicle.
Added player /stats.
Added ability for players to damage the export vehicle. It now has to be over 500 health to be accepted.
DINI to Database Conversion for Player + Vehicle files!
Registration now necessary before spawn.
Changed chat colors of information commands in game. (eg /commands /teleports)
Merged /carmod & /vmod to just /tune and merged /carcolor & /vcolor to just /color.
Also added /paint for changing the paintjob and /hydro for adding hydraulics.
Tweaked prices. (/tune = $2500, /hydro = $500, /paint = $1000, /color = $1500)
Vehicle Ownership now supports 5 vehicle slots per person!
Increased time between server restarts from two hours to six hours.
Adjusted vehicle prices. (Temp all set at $100k, will adjust accordingly in future.)
Made showroom vehicles owned by "SERVER" so they can't be bought. (I like the showroom. XD)

I'm not ready for version 6.0 yet, but I've done alot of work so decided to release v.5.9.5 with these updates.

I've been inactive for a while but I've recently had some time to fix a few things. 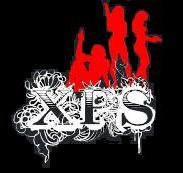